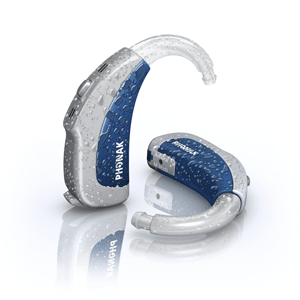 * An evaluation by an audioprosthesist is required to determine if this hearing aid can fit you.

The invention of digital hearing aids (or digital) has completely changed the way to sail the hearing impaired. In the Canadian market, the arrival of these new digital technologies was done in 1996 Also, manufacturers want in the near future, satisfy customers by miniaturizing the implants. The digital hearing aids allow us in general:
In the early 2000s, the invention of devices type “open fit” revolutionizes how to make adjustments and devices “RIC” type. Seeing an influx of people with hearing loss, hearing aids adapt to technological change, such aids more stylized with color choices, compatibility with cell phones (Bluetooth), rechargeable batteries, as well as compatibility with audio devices (MP3, Ipod, sound system, etc.).

All the necessary settings on these hearing aids are programmable to our office by the audioprosthesist, which uses software programming. So if you wish to purchase these digital hearing aids, is an assessment prior to purchase. Then a few consultations are planned to ensure the correct settings to maximize the performance of the aids. It is therefore essential to meet a few times to make adjustments.

If you have problems or do have, do not hesitate to contact us. We can give you an appointment within a few days. Also, if you want to enjoy a trial period on these new technologies, contact us, we will be happy to try them at the office.

Would you have believed that hearing aids are as old as the telephone? In fact, Graham Bell wanted to invent a hearing aid for the hearing impaired woman, when a “mistake”, he discovered the phone. The famous inventor has also created some hearing aids to his credit, also in 1876.

The first implants were functioning carbon, and this was the appearance of prostheses with their piezoelectric micro lamp in 1920 In 1947, the invention of the magnetic pickup is truly advancing the technology and hearing aids was the electret microphone in 80s.

Since the early 90s, programmable hearing aids have taken over and are currently expanding with the arrival of different kinds of programmable aids.